PR bots and your thoughts 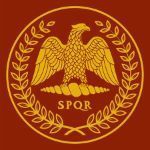 The only feedback I have atm is for AT kits. The number of bots with AT isn't the issue, but the fact that they hit almost 9/10 with split second shots. I would suggest making them less accurate.

Great feedback, thanks everyone.  I've done some changes today based on feedback, will leave as is for about a week so everyone can get a feel for it. Keep up with feed back as it comes to you.

it will be cool if bots plant mines