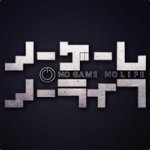 When there is low server population I like to use wire to defend a flag so the squad can move up... We'll see how well 15 noobs do on Muttrah at the docks without wire on the gates.

Additional temp. test changes include having 2 specialized kits per team with 7minute respawn time and 1 minute cooldown between kit requests. Will also do few changes to the bot spawns and flag layou

It's meant mostly for the currenct FOB changes, But I decided to throw other stuff in here as well.   The main reason FOBs got changed was to prevent people from spamming FOBs on flags tha