Proposed Changes (Multiple Voting is ON - Please vote for each section) - Delay means: These assets cannot be used for X minutes after map/mission starts

There have been some proposed changes by =VG= Double_13 to the Project Reality COOP Maps at VG.  Vote here on those changes.  Please pass the word to get people to vote.  Any questions, feel free to p

first draft had the words YES and NO after the sentence, and I was concerned they might misclick... so I put them on the left next to the Vote Checkbox.  Now I'm not so concerned...  So far, it seems 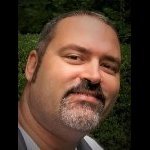 So sad to see some people voted in a different way than in TS conversations. It is like all our politicians... I get it... Oh well... Let be like any other COOP server... Not the reference f