ATTN PR ADMINS: PR COOP Server is on a NEW VERSION - Join the server at least once to register your new ID in server files, then send message to m823us or SemlerPDX and we'll restore it to the Admins list.       (dismiss this message by clicking the "X")  → 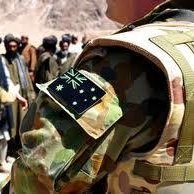 This topic is now closed to further replies.
Sign in to follow this
Followers 0
Go To Topic Listing Off Topic