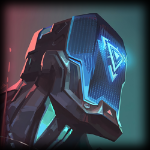 Hi there, i wanted to just post some stuff i am working on, i know y'all heard about the Black Gold Lrg that i fixed and basically completely remade, it did not made much success on pr forums sadly wh

So i kinda decided to make some changes take a break from working on navmeshes and do some layers on already built in maps for coop, i made some fixes that melon once did but his were only temporary s

Those who don't read discord or are not active often, here are two new layers coming up, some vehicles may change. Large layer as again focused on being hard and played usually with full